Be Careful…Or You Might Wind Up in My Next Novel 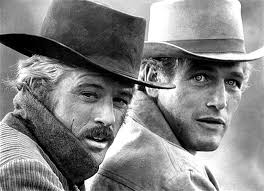 The cops finally caught up with me and I got a ticket a couple weeks ago. I’m no real outlaw but this governmental assault made me think of a question I’ve been asked with some regularity since A Dark Country has been released and people are now reading it.  The question is:  is the main character you? Or some altered version of you? People ask me this a lot and the answer has always been “no”. But this past weekend while fly fishing for trout in a high mountain lake with my son, I began to wonder.  You see I committed the horrific act of fishing with a barb on my fly where only barbless flies are permitted. A regulation that had slipped my mind, and entirely unimportant until a fish cop asks to see your fly. A regulation designed to create infractions so a morally and financially bankrupt state regime can levy more taxes against its citizenry.  A very safe act when compared to chasing the tweekers who are rapidly proliferating nearly every available cranny in Oregon.

Wait, this all sounds like something Jack Duncan might say. In fact, in one of the first scenes of the novel he breaks a fish and game law-intentionally…but for moral reasons, at least in his mind. And he dislikes and distrusts the government.  So there is a little bit of me in him.  But there is a little bit of me in his resolute, feisty, ex-rodeo star wife Erica as well. When you get inside a character while writing them, it’s hard not to leave a little bit of yourself behind. So if you are wondering where the characters in A Dark Country came from, like I do when I read a book, I’ll tell you.

Jack Duncan’s character is based on an older man I met and fished with on Clark Canyon Reservoir south of Dillon, Montana close to twenty years ago.  His much younger wife was a nurse and worked three twelve’s back to back.  The man, his name was Van, would take off hunting and fishing for three days while his wife worked at night and slept during the day.  He had worked in copper mines, trapped, guided, been a contractor, a cowboy, and done a number of other miscellaneous jobs to squeeze a living out of Montana’s pre-trustafarian boom. A time when most of my relatives left the state for greener economic pastures. When night forced us off the lake we shared a campfire and a meal cooked over it, and he told me many stories of Montana’s good ole days.  One of my favorites was a story about him shooting a bighorn sheep (a juvenile ram) out of season to feed on while he worked a trap line for a couple weeks in the mountains not far from where we were fishing.  He said one evening the warden stopped by on horseback and spent an evening with him in his one room log cabin. Being a gracious host, Van fed him some poached (not in the culinary sense) sheep meat for dinner. The old warden enjoyed the meal and never asked any questions.

Duncan’s wife Erica is a fictionalized version of a girl I had a crush on as a kid then imagined her grown up and as exasperated with her husband as my wife gets with me sometimes. Then I mixed in a little bit of every woman I’ve ever known intimately since. When I wrote Erica’s dad, Roy Bergstrom, I pictured a friend of mine who lives in Idaho, who is a very interesting man to say the least. James Beck, well take your pick. He’s probably like your boss or some jerk we hear about on the news. For me he’s a combination of a number of uber wealthy assholes from the urban coasts of our country that I guided on fly fishing trips when I was younger. Brett Duncan, Jack’s cousin is based on a fictional version of a real person too. A person I’ve known all my life and have always looked up to.  The rest of the characters just came to life uniquely in my head. All of this said, they are all fictional, only some are based in some small way on somebody I know or know of.

Juaquin Vasquez however is slightly different in that he is the fictional great grandson of a real historical outlaw, Tiburcio Vasquez. I have always loved reading history, among other subjects, and one day I was reading about the dashing Spanish outlaw who is sort of a Robin Hood or Jesse James type figure at the end of the era of Spanish reign over California.  Tiburcio was a pistolero, and ladies man and given his prowess with women (and girls) it would have been quite possible he left a child behind when his neck snapped on the gallows.  I could find no records of a child so invented one for my story. 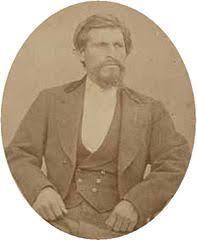 So that’s it…a snapshot of where the characters from A Dark Country came from, as well as my very amateur outlaw life. I guess I should thank the fish cop for the inspiration behind this post but I can’t.  I still think of him as one of the king’s men. The sheriff of Nottingham if you will and while the idea of law and order is appealing, it seems tenuous and fleeting and perhaps the days of  “To Protect and Serve” are behind us.  But…that’s an underlying theme of my next novel.